We were in 69 countries in all continents of the world. According to the IT engineers estimation the audience was over 30 000 viewers.

4 moderators and 12 IT engineers in the central studio provided good medical and technical quality.

Here is a map of the world which depicts from which countries the viewers have observed the broadcasts in 2015-2022. During all these years we have been in 132 countries. 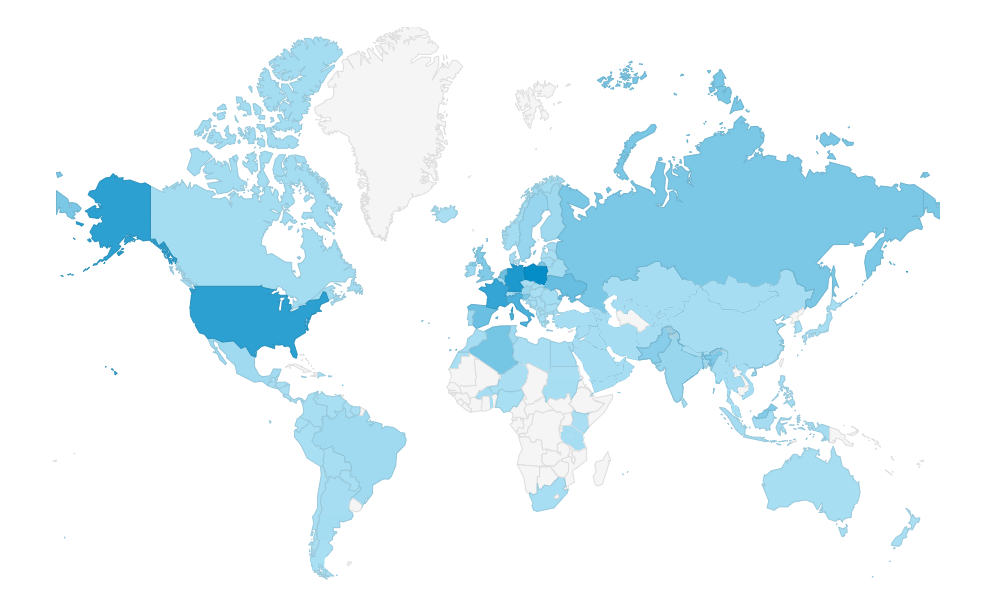