The ELS live surgery broadcast 2021 is over.

18 surgeries were presented by 11 different European departments. The program included a large range of laryngeal cancers, premalignant lesions, voice and deglutition disorders, benign tumors, laryngeal stenosis and reinnervation technique. 5 moderators coordinated the event in the central studio in Poznan. Preliminary analysis showed that we were in 65 countries in all continents of the world. The audience count was appr. 40 000 people.

More than 20 questions and comments were sent to the studio.

We look forward to seeing you in November 2022.

Here is a map of the world which depicts from which countries the viewers have observed the broadcasts in 2015-2021. During all these years we have been in 130 countries. 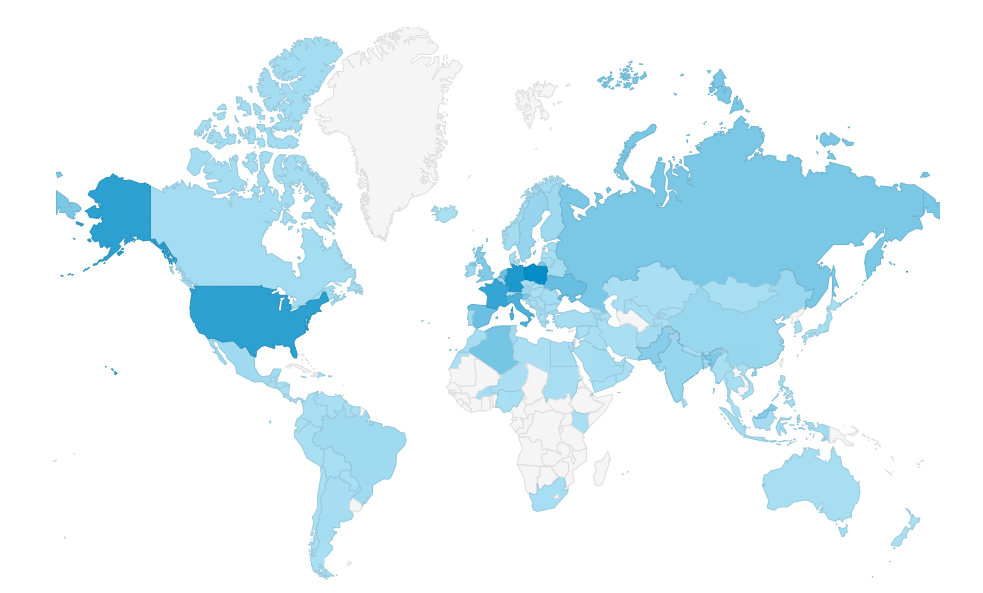